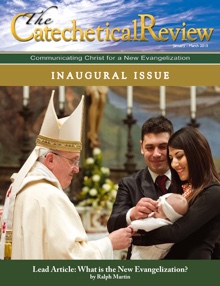 Welcome to The Catechetical Review, an international quarterly catechetical journal primarily written for Directors of Religious Education, catechetical leaders, religious educators, youth ministers, RCIA coordinators and anyone involved in faith formation. Its contributors, who aim to help in the formation of all those in a position to hand on the faith, come from academic catechetics faculties and “from the field”.

NOTICE: A special welcome to subscribers of Today's Catholic Teacher! Click here for announcement and instructions on the transfer of your subscription.

With your subscription, you receive: 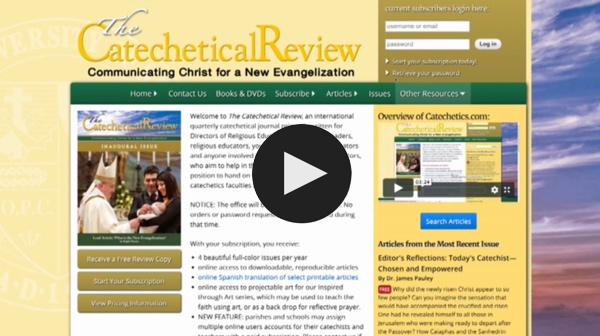 Decolonizing the Curriculum in the Light of the Incarnation
By Fr. Stephen Reilly
On March 9, 2015, protests erupted among students of the University of Cape Town, South Africa under the slogan #RhodesMustFall. They demanded that the statue of British colonial-era politician and diamond magnate Cecil Rhodes be removed from a prominent place on their campus. The protest was given further impetus internationally by movements such END_OF_DOCUMENT_TOKEN_TO_BE_REPLACED
Catholic Schools: The Incarnation – A Model of Perfect Inculturation
By Regina Deighan
There have been many moments where, although I’m still relatively young, I have felt generations older than the students that I teach. Moments where I use a # next to a number and they get confused because they think it’s a social media hashtag. Moments where they teach me what words like “simp” and “sus” mean because I have never heard of them. END_OF_DOCUMENT_TOKEN_TO_BE_REPLACED
Unto Us a Child Is Born
By Fr. John Saward
Some people approve of “baby-worship;” others don’t. I’m one of the worshippers. Baptizing babies—the younger the better—is one of the greatest joys of my priesthood. I love to see and hear babies at Mass. They preach a far better sermon than I could ever do. By raising their voices in praise of God, they tell us that a mother has had a baby, and END_OF_DOCUMENT_TOKEN_TO_BE_REPLACED