Authored by Dr. James Pauley in Issue #3.3 of The Catechetical Review 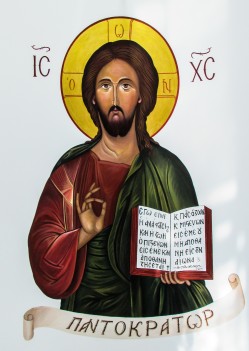 Why did the newly risen Christ appear to so few people? Can you imagine the sensation that would have accompanied the crucified and risen One had he revealed himself to all those in Jerusalem who were making ready to depart after the Passover? How Caiaphas and the Sanhedrin would have jumped to see the “one man [who] should die instead of the people, so that the whole nation may not perish” (Jn 11:50) risen and alive on the third day! Had Pilate and all the Roman soldiers in Jerusalem seen him, perhaps the conversion of Rome to Christianity wouldn’t have required another 300 or so years and the blood of so many early Christian martyrs. Instead, the Lord Jesus chose to reveal himself to only a select few: to Mary Magdalene, the eleven gathered in the upper room, the two or three disillusioned followers who were leaving Jerusalem for Emmaus and a few other small groups. What are the reasons, I wonder, for this decision to veil himself from the multitudes and to instead rely on such a small number?

Those few Christians were then sent out “to all nations” to spread the Good News of sin and death’s defeat—one person and group at a time. The communication of the Risen Christ and his Gospel hinged entirely on the verbal testimony and teaching of these real human witnesses. Each of this small number, in the power of the Holy Spirit given at Pentecost, was called by Christ and then sent on a mission of utmost importance: the salvation from bondage of every person they encountered.

It was clearly the Lord’s will—and a constitutive element of his unique pedagogy—that a small number of seemingly under-qualified human beings convey the content of his teaching, one person at a time. He gifted the apparently overmatched with the power of the Holy Spirit and the promise of his presence “until the end of time.”

This same person-to-person discipleship-logic is true today. The catechist, the teacher of “the mystery hidden from ages and generations past, but now…manifested to his holy ones” (Col 1:26) is called into deep communion with the Father, Son, and Holy Spirit; and, while remaining and abiding in that communion, he or she is then sent. This summons always originates in God himself. This is true, no matter the circumstances surrounding a catechist’s hearing of this invitation. Many catechists today—perhaps even most of us—may not feel convicted that the call to teach originates beyond the frantic plea of the pastor or parish catechetical leader, or the inspiration we felt that propelled us to pursue a career teaching in Catholic schools. It would be well to help all our catechists see the true origin of this call—manifested often enough in apparently natural circumstances—so they can anchor themselves in this great truth that they are called to this work by God and be sustained in the accompanying grace of this vocation.

The General Directory for Catechesis refers to catechesis as a vocation (224-25, 233). As such, it originates in God and is an authentic way to sanctity. It is oriented to heroic virtue, thriving in instances when self-sacrifice is embraced. Divine grace accompanies the call, bringing to completion God’s good work in both the catechist and in those being catechized.

The General Directory also describes the catechist as “indispensable” (156). Perhaps this is because the Lord intended those original disciples to be indispensable to his great work, entrusting to them the evangelization of the entire world. In today’s digital age, the 21st century person also needs to encounter real people who incarnate the Gospel, who live it and teach it in a compelling way. As helpful as videos and textbooks and websites are today, perhaps we are coming to a deeper collective conviction of the difference that is made in being taught the faith by a contagious and convicted Christian witness, a living disciple. There is, indeed, no better catechetical method than that shown us by St. Paul who, when writing of the institution of the Blessed Eucharist, explained, “I received from the Lord what I also handed on to you” (1 Cor 11:23).

We hope you find encouragement for your indispensable work through the articles featured in this issue, whether you read Caroline Farey’s consideration of the profound self-emptying of the catechist or Gerard O’Shea’s reflections on the catechetical vocation of parents or Bob Sutton’s description of the accompaniment process within a Catholic school. British Bishop Mark Davies begins a new series this issue detailing the heroic evangelistic life of St. John Vianney, a series you won’t want to miss.

May Jesus the Divine Teacher continue to equip and transform us—and those we teach—through his dynamic work of catechesis.

Dr. James Pauley is Professor of Theology and Catechetics at Franciscan University of Steubenville. He is author of Liturgical Catechesis in the 21st Century: A School of Discipleship published by Liturgy Training Publications.

This article appeared on page 5 of the printed edition.

Editor’s Reflections: On Incarnational Coherence
By Dr. James Pauley
Free Beneath the Basilica of the Annunciation in Nazareth is the place where tradition tells us the Angel appeared to the Blessed Virgin Mary. An altar stands in this grotto, inscribed with these words: “verbum caro hic factum est” (the Word became flesh here ). The Incarnation of God’s Son into human flesh is not a myth or fairy tale. It is an END_OF_DOCUMENT_TOKEN_TO_BE_REPLACED
Finding God in an Unexpected Place
By Sr. Carino Hodder, OP
Free When John Everett Millais’ Christ in the House of His Parents was first displayed at the Royal Academy, the public response was near-universal revulsion. At that time it bore no title but Zechariah 13:6: “And one shall say unto him, What are these wounds in thine hands? Then shall he answer, Those with which I was wounded in the house of my END_OF_DOCUMENT_TOKEN_TO_BE_REPLACED
Antiquum Ministerium: Instituting the Ministry of Catechist
By Monsignor John Pollard
On May 10, 2021, Pope Francis formally instituted the ministry of catechist with the apostolic letter Antiquum Ministerium , which he issued motu proprio , or on his own initiative and under his personal signature. An initial reaction to the formal institution of the role of catechist might be to wonder, “So what’s new?” The role of catechist has END_OF_DOCUMENT_TOKEN_TO_BE_REPLACED