Authored by Dr. James Pauley in Issue #1.3 of The Catechetical Review 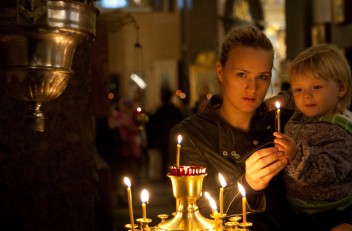 Several years ago, Sherry Weddell published her widely acclaimed book, Forming Intentional Disciples. For many, this book has served as an awakening to the contemporary declines affecting Catholic life and the need to more broadly evaluate our efforts at forming disciples. Basing herself on a number of important statistical analyses, she made this assertion: “in the 21st century, cultural Catholicism is dead as a retention strategy because God has no grandchildren. In the 21st century, we have to foster intentional Catholicism rather than cultural Catholicism.”[i]

The great Austrian liturgical-catechetical scholar Josef A. Jungmann, SJ made a remarkably similar observation exactly fifty years earlier which has, in fact, proven to be prophetic. He described what he termed “unconscious Christianity,” writing that such “a pure habitual Christianity, a pure Christianity living by tradition and conservation cannot last much longer or it must sink into insignificance, into a paganism which ekes out its life on the mere crumbs of a past age.”[ii]

The dynamic of faith, according to St. John Paul II, is that it necessarily becomes culture. He wrote, “a faith that does not become culture is not fully accepted, not entirely thought out, not faithfully lived.”[iii] Faith, then, is expressed through culture, impacting every aspect of life. A culture of Catholicism within the home—with crucifixes on walls, devotional prayers on lips and regular participation in the sacramental life of the parish—is both an expression of faith and an encouragement to it. What is necessary is remaining close to Christ so that one’s Christian expressions are authentic, real, flowing from a life of prayer and an awareness of grace.

Catechesis is important to this link between faith and culture. I offer two brief observations.

First, fruitful catechesis equips participants to live as Christians in their respective cultural surroundings. Catechesis can never be isolated from culture but must present the truth of Christ in a way that prepares people to live as committed disciples—as leaven—in the midst of their world. Therefore, an important movement takes place in catechesis when participants begin to harmonize how they think, choose, and live in their cultural milieu with their life in Christ. This need to integrate faith and life requires that the catechist be a lifelong student of the Word of God and of ever-evolving cultures. We must, after all, know well the seed of the Gospel and the conditions of the soil into which it is planted.[iv]

Second, catechesis does not merely prepare us to live as disciples in our own cultural environs, but it introduces us into the culture of the Church. What can be said of this culture? On the supernatural level, it is inspired and permeated by the mystery of God’s self-sacrificial love for his creation—and it is experienced most profoundly in the divine encounter of liturgy. It is a culture inhabited by members of the pilgrim Church, as they become, by grace, more and more conformed to the Divine Word Become Flesh. Catholic culture is oriented to the world, enriching its members so as to establish within the world a civilization of self-sacrificial love. This civilization—even in its gradual development—has the power to attract and transform those of any generation, including our own.

Catechesis is meant to provide immersion into this culture. Through catechesis, we prepare ourselves and those we teach for communion with the God who is “an eternal exchange of love” and who has created every person “to share in that exchange.”[v]

True “cultural Catholicism,” then, has many expressions: a self-emptying love for God, for the people we live and work with, and for our enemies, along with a veneration of the saints who are our models and elder brothers and sisters. It also can be seen in a profound openness to recognize and love Christ in the poor; and, through the centuries, it has been an inspiring influence for the creation of beautiful works of art.

Such “cultural Catholicism” sparks curiosity and is world-transforming.

Dr. James Pauley is associate professor of Theology and Catechetics at Franciscan University of Steubenville.

This article was originally on page 5 of the printed edition.