RCIA & Adult Faith Formation: How to Un-convert a Catechumen—The Need for Community in RCIA

Authored by Fr. Drake McCalister in Issue #2.4 of The Catechetical Review 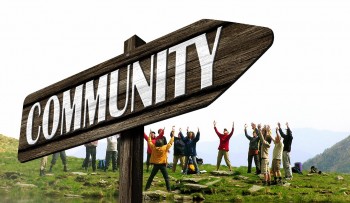 Today, Franciscan University’s community is well known for its charismatic, evangelical orthodoxy and for its culture of Christ-like faith throughout the student body. What many people do not know is that this was not always the case.

In President Emeritus Fr. Michael Scanlan’s book Let the Fire Fall, he outlines the reality of campus life when he arrived in the early 1970s.

Alcohol and drugs were the currency of college social life… Many of the students routinely got drunk on Saturday night and slept all day Sunday. Many of them used marijuana regularly to relax after a long evening of study. Dorm life was marked by promiscuity and predatory sex… Alcohol, drugs, sex, and destructive anger were symptomatic of pervasive loneliness and isolation in student life… The year before I came, 10 students tried to kill themselves on the Steubenville campus… The spiritual life of campus was virtually nonexistent.[1]

In addition to this, the dean of students had sent petitions requesting co-ed dorms and to cancel Sunday morning Mass.

When Fr. Scanlan interviewed for the job as president, he said it was his goal to “return the College to its Franciscan roots…where the gospel was freely and openly proclaimed, where relationships were conducted according to the patterns of Christian community.”[2] Inspired by the growing Charismatic Renewal, Fr. Scanlan knew that nothing would change if students stayed isolated and alone.

This led Fr. Scanlan to divide the students in the dorms into small groups called households. His goal was to have households meet regularly for sharing, personal support, discussion of values and goals, and for prayer. Among the many changes that Fr. Scanlan brought, the development of real Christian community served to be one of the single most transformative aspects on campus, and is still so to this day.

How to Un-Convert a Catechumen

Pope St. John Paul II fully understood the essential role that real parish community plays in the mission of catechesis. In Catechesi Tradendae he makes an astonishing statement regarding the necessity of Christian community, which is easy to bypass without letting the force of his words set in: “Catechesis runs the risk of becoming barren if no community of faith and Christian life takes the catechumen in at a certain stage of his catechesis.”[3]

The pope put his finger directly on what many of us know experientially, namely, that though many may come into the Church, instead of finding a Christian community they find isolation, lack of zeal, and an environment that can kill any vestiges of Christian joy. If you think my words too strong, look again at what the pope wrote: if there is no community to receive the catechumen, all the catechesis you’ve done (pre-catechumenate, catechumenate, etc.) will prove lifeless (barren).

His use of the word barren is striking. He emphasizes that Christian formation disconnected from real community will not be able to generate or sustain life. It might produce sacramentalized people but not disciples. According to Matthew 28:19, the mission is to make disciples, and Baptism is part of that process. Too often, it seems that Catholics see the mission as Baptism, with a little bit of discipleship on the side, and only if there’s time.

Without Christian community, we set up our catechumens to be just like the Franciscan University students in the early 1970s: isolated, alone, addicted, and soon-to-be non-practicing Catholics.

The Christian community “has the responsibility of providing for the training [catechesis] of its members.”[4] RCIA does not complete one’s formation but is only a beginning. A new convert to the faith needs to have a place for continued formation, beyond the Sunday Mass. This should be a weekly or bi-weekly opportunity. Ideally, the setting would not be just new converts but a formation opportunity where the rest of the community is invited (Bible study, service, prayer, etc.). If the rest of the parish never comes to any formation events, the new convert quickly learns that continued formation is only for neophytes and eventually they can stop. A culture of discipleship and service is vital!

The Christian community “also has the responsibility of welcoming them [catechumens] into an environment where they can live as fully as possible what they have learned.”[5] Christianity, by its very nature, is communal. There is no concept of a solo, Lone Ranger Christian in Scripture (see Acts 2:42-47, 1 Cor 12:12-27). When one comes through RCIA, there must be fellow seekers of Jesus ready to take them in and journey with them. Nothing dampens the zeal of conversion like coming into a parish where locals are put-off by the zeal of a convert. Stories abound where converts are disheartened by the lack of receptivity on the part of their parish and that no one else seemed to want to “live as fully as possible what they have learned.” How can we help our parishes be ready and eager to welcome new converts? How can we cultivate a culture of ongoing conversion?

As with any catechetical endeavor, it is fruitless to expect a particular behavioral outcome without providing the necessary formation that leads to conversion of heart. Namely, you don’t evangelize non-Christians by telling then to stop sinning, but by proclaiming the Good News of the Gospel of Jesus as the remedy for sin. Once individuals are converted in heart, the change in moral life follows (see Lk 19:1-10). The same is true for every parish. If we want our parishes to have a culture of conversion and receptivity to converts and outsiders, a new way of seeing is necessary.

To underscore this reality, the Rite of Christian Initiation for Adults (9) gives a detailed explanation of the responsibilities of the entire Christian Community. The RCIA process is not just for the RCIA team or pastor, but is for everyone. This calls to mind 1 Peter 3:15, where Peter exhorts the faithful, “Always be prepared to make a defense to any one who calls you to account for the hope that is in you, yet do it with gentleness and reverence.” Every person in the pew should be able to explain, on his own level, why he or she is a Christian.

Here is how the entire local Christian Community should share in the mission of RCIA:

1. They should understand that the initiation of adults is the responsibility of all the baptized.

2. They should fulfill their apostolic vocation to give help to those who are searching for Christ.

3. They should spread the faith according to their abilities.

4. They should help the candidates and catechumens throughout the four stages of RCIA by:

a. Giving candidates evidence of the spirit of Christian Community.

b. Welcoming them into their homes.

c. Welcoming them into personal conversation.

d. Welcoming them into community gatherings.[6]

To put it more simply, the Church is saying that our parishes should actually live like Christians who have been converted in heart and want others to share in that conversion.

The key is that we all must be taught how to do this. The first line of RCIA 9 is that the members of the parish “should understand….” The only way to lead one’s parishioners to understanding is for them to be taught. The pastor most effectively communicates this, but he too might need to be formed before he can lead others to that place. In my experience, most priests are not trained in how to create evangelizing parishes and they might need to seek out formation for themselves.

Imagine someone planting a garden and all the work that goes into creating conditions for growth. What if—after he had tilled the soil, planted the seeds, watered the ground, added fertilizer, and finally saw a fresh green plant with a strong root—he suddenly decided to spray the new growth with weed killer? That would be crazy! No one would do that.

This is what Pope John Paul II is saying can happen in catechesis if there is no Christian community to receive the catechumens. After all our work of evangelization, catechesis, spiritual formation, and sacramental initiation, our parish community can unwittingly spray “spiritual weed killer” on the neophytes, who will not survive. In the words of the pope, parishes can be barren, incapable of generating life.

The good news is that this is not a complicated process; though it will take work and sacrifice (as Fr. Scanlan can attest), the fruits are well worth it. It simply takes leadership and a willingness to teach members of the parish about their role and guide them, so that they can create fertile soil where catechumens can “hear the word and accept it and bear fruit, thirtyfold and sixtyfold and a hundredfold” (Mk 4:1-20).

Drake McCalister is Coordinator of Catechetical Practicum in the Office of Catechetics at Franciscan University and is the director of Franciscan’s campus RCIA for students. Previously, Drake was a Pentecostal pastor in the International Church of the Foursquare Gospel for thirteen years. He resigned from his pastorate and brought his wonderful wife and daughters home to the Catholic Church.

This article originally appeared on pages 34-35 of the printed edition.