From the Shepherds: Formation in Digital Media

Authored by Dr. Caroline Farey in Issue #7.3 of The Catechetical Review

In 2020, the Shepherds of the Church gave us a treasure in the new Directory for Catechesis. Dr. Farey was a member of the working party for the bishops on the new Directory and shares additional reflections on its practical implications in this issue and the next two issues.

“The new generations are not always formed and equipped culturally to face the challenges that digital society presents. . .. what is at stake is a form of digital illiteracy. Amid unending digital production today’s illiterates will be those who are unable to perceive the differences in quality and reliability of the various digital content they find before them.”[1] 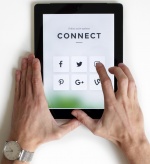 Most of us, and young people in particular as “digital natives,” know well enough how to access and operate digital media and its multiple devices. If not, like learning to drive a car, it is valuable to learn sufficiently, to do what the Church asks of us as catechists. The new Directory for Catechesis, however, does not speak about this kind of digital literacy. Even the most technically adept are called illiterate if they cannot “read,” that is, discern the “quality and reliability” of the content they access.

The quality mentioned here is not technical but anthropological. In other words, to what extent does the digital content that is so vastly available serve the dignity and the good of the human person, and how do we help people to “perceive the differences” in the array of content?

The directory speaks similarly of reliability, that is, the extent to which the content can be relied upon. But relied upon for what? I would suggest that the foundational principles of Judeo-Christian society, such as the Ten Commandments and the eight Beatitudes, provide our reliable ground and thus our criteria. By these, as parents and catechists, we can begin to teach the young how to “perceive the differences” in the content.

For example, the eighth commandment is particularly relevant to internet use: “you shall not bear false witness against your neighbor” and the Catechism paragraphs on “offenses against the truth” (CCC 2475–2488) should be taught, in simplified form, to every teenager with regard to their use of social media. By these means they will be given tools of discernment and can build up elements of respect and honesty amongst those in their own social media group.

Formed and Equipped in Catholic Culture

In order to be able to “face the challenges” of “digital society” the directory asks us to form and equip the new generations culturally. For us, this means Catholic culture. A culture is created by a community in which all (or at least a large majority) hold certain orienting beliefs and repeat certain practices. A Catholic culture is based on the Creed; it follows the feasts and fasting days of the liturgical calendar and lives by the Ten Commandments together with those desires articulated in the seven petitions of the Lord’s prayer.

Catholic culture is fundamentally sacramental and charitable in the practice of its beliefs. It is incarnational as well as spiritual, prayerful as well as charitable, and thus it cannot be entered into or lived digitally. Being “formed and equipped culturally” means being exposed to the living sources of formative grace and to experiences for developing those virtues that equip us for growing in all dimensions of Christian life.

In digital society and its “virtual space” “people get news and information, develop and express opinions, engage in debate and dialogue, and seek answers to their questions.”[2]  In other words, Catholic culture can be viewed, discussed, and expressed online. Knowledge of it can be enhanced, debated, and maintained, but expressions of Catholic culture can only be presented and recognized there if the culture has been known, lived, and experienced in real life.

Formed and Equipped for Digital Culture

Digital culture is a vastly different kind of culture for which the new generations also need to be formed and equipped. Often, young “digital natives” seem to know more about the digital world than their elders, and they often become the teachers. They, however, are typically the least able to discern the pitfalls of digital culture in which they have been immersed since their earliest years.

The directory speaks of two ways that parents and catechists need to be confidently involved, even if less adept with the digital tools and techniques. First, they can teach “good use of these tools,” that is, morally good use. Second, they can form the young to discern “the positive aspects from the ambiguous ones.”[3]

What, then, are the beliefs and practices that create and inform the digital culture? The positive aspects have been given above, especially its capacity for being a forum for news, communication of ideas, and debate. Also, digital tools allow for the addition of visual effects, music, animation, and interaction to any text, verbal or written. If this is done well, it enriches the digital experience. But at the same time, we need to remind ourselves that the experience is fixed to a flat, pixilated screen of a set size and in this sense will always remain unfulfilling.

For such enrichment, a basic formation in Catholic aesthetics helps, which is rooted in truth, goodness, beauty, and wholeness. Such formation guards one against falling into the most common postmodern philosophical trend of fragmentation. This philosophy wants to break images, truth, virtual space, everything, into fragments that, in the end, make little sense in order to break down our reasoning and redirect people away from seeking the truth into strong feelings and opinions.

This aspect of selective versions is made more ambiguous still by the fact that digital culture behaves like a pseudo-religion. The Directory recognizes how easily people respond to it with “a fideistic attitude.”[5] This is the attitude of unquestioning faith that what is presented is pure truth. The digital world has thus become a new source of trusted authority for major questions of life, even though the answers are only supplied by search engines and their inbuilt algorithms. To these, one can too easily submit “all the way to subjection to a new unmoved mover that receives but does not give love.”[6]

The recent pandemic has revealed the depth of inadequacy of the internet to replace real relationships, conversation, and in-person liturgical experience. Despite the apparent connectivity that the digital culture can achieve, experiential knowledge is now clear that “the digital environment is also one of loneliness, manipulation, exploitation, and violence, . . . [it] can expose people to the risk of addiction, isolation, and gradual loss of contact with concrete reality, blocking the development of authentic interpersonal relationships.”[7]

Virtual reality cannot . . .replace the spiritual, sacramental, and ecclesial reality experienced in direct encounter among persons. . .. What is needed in order to bear witness to the Gospel is an authentic form of communication that is the fruit of real interaction among persons.[8]

Bearing witness online to the Gospel will be authentic communication when it is the fruit of something that must first take place offline and off-camera—real and natural interaction among persons, not a posed! We can watch real interaction online and we may be able to dial-in and speak, but we cannot interact in the fully incarnational sense of the word. Imagine watching a tiger appearing before the cameras on screen. Imagine the cameraman’s experience of being right there in the same place, situation, and environment of the magnificent animal. This is going to be hugely different from ours as we look at it on a safe, fixed, flat screen.

To take another example mentioned in the quotation above. Virtual reality cannot replace sacramental reality. Many people, especially the young, were not helped to understand clearly that the spiritual communion strongly encouraged during recent lockdowns was proposed instead of complete separation from the Eucharistic liturgy, not instead of the liturgy.

The Triune God desires “incarnational communion” (being actually present) with Christ in his body and blood, soul, and divinity of the Eucharist, and in his body, the Church. This is why the Word was made flesh and why no sacrament or sacramental grace can be received via the internet.

As parents or catechists then, above all, we must regularly turn and move, and move the young, away from the individualistic world of social media and the internet “to the ecclesial community, the place where the experience of God creates communion and the sharing of life.”[9]

Dr. Caroline Farey has been training catechists across the English-speaking world for twenty-five years. She has held several Vatican appointments, including being a member of the working party for the new Directory for Catechesis (2020). She currently runs an online course on “Digital Culture for Catechists” via her website www.theannunciation.org.uk.

This article originally appeared on pages 16-17 in the print edition.

Editor’s Reflections: The Church: Becoming What We Are
By Dr. James Pauley
Free “About Jesus Christ and the Church, I simply know they’re just one thing, and we shouldn’t complicate the matter.” [i] These are the striking words of St. Joan of Arc, boldly spoken as she stood trial. “They’re just one thing” because Jesus himself described his relationship to the nascent Church as the relationship of vines united to a single END_OF_DOCUMENT_TOKEN_TO_BE_REPLACED
That They May Be One
By Scott Sollom
The seventeenth chapter of John’s Gospel captures an intimate conversation between Jesus and God the Father. Jesus and his disciples will soon cross the Kidron Valley and enter into the Garden of Gethsemane. He will be arrested and enter into his Passion. “The hour has come” (Jn 17:1). Earlier in John’s Gospel, when Mary approaches Jesus at the END_OF_DOCUMENT_TOKEN_TO_BE_REPLACED
The Church Is Holy: Perspective and Hope from St. Augustine
By Fr. Pieter van Rooyen
Free At a time when we know all too well the sins of our leaders, the “mark” of holiness raises questions. But insights from Saint Augustine can give perspective and hope—because even while the Church is “always in need of purification” (CCC 827), she is united with Christ and she is “sanctified by him; [and] through him and with him she becomes END_OF_DOCUMENT_TOKEN_TO_BE_REPLACED