From the Shepherds: Not Much to Show

Authored by Bishop R. Daniel Conlon in Issue #4.3 of The Catechetical Review 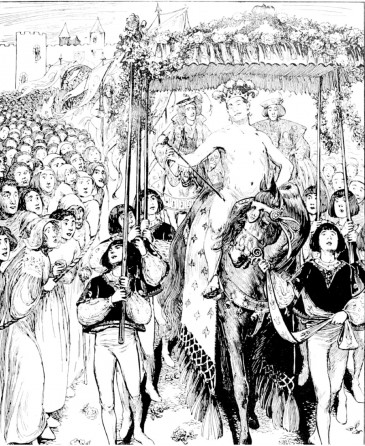 Almost everyone in Hans Christian Andersen’s fable, “The Emperor’s New Clothes,” convinced themselves that the emperor was fully and splendidly dressed, when, indeed, he didn’t have a stitch on. Much could be said for many of the positions put forward in our contemporary society.

For example, five members of the U.S. Supreme Court, in the 2015 Obergefell v. Hodges decision, asked us to believe that marriage can exist between two men or two women. A huge number of Americans are ready to accept the argument, lest they, like the emperor and his subjects, appear foolish.

The Catholic Church suffers no such confusion or delusion about marriage. We have, with the help of the Holy Spirit, long ago worked out a clear definition of marriage. Gaudium et spes, the Second Vatican Council’s “Pastoral Constitution on the Church in the Modern World,” gives a beautiful treatment, which is condensed in a couple of canons of the 1983 Code of Canon Law:

The matrimonial covenant, by which a man and woman establish between themselves a partnership of the whole of life and which is ordered by its nature to the good of the spouses and the procreation and education of offspring, has been raised by Christ the Lord to the dignity of a sacrament between the baptized. (Can. 1055§1) The essential properties of marriage are unity and indissolubility.... (Can. 1056)

So, for us, marriage is a covenant, freely made between a man and a woman, involving an equal and all-encompassing partnership, which they intend to be permanent, faithful, and open to children. When both parties are baptized, their union is also a sacrament.

Not only is this a clear definition of marriage, it sets the bar high. Why not? As the Rite of Marriage proclaims, marriage symbolizes the bond the Father established with all of us through his Son and is the one blessing that survived the Great Flood. God thinks marriage is special, and he expects us to see it that way.

On the contrary, respect for marriage in our culture has been declining for decades. High rates of divorce have undermined the quality of permanence. No one is shocked by infidelity proper and its lesser forms, like the use of pornography. Children are considered optional. Sexual intimacy outside of marriage, including cohabitation, has become widely accepted behavior. Although, fortunately, women are treated far more equally in marriage these days, there can also be more walling off of portions of life between spouses.

One clear sign of the confusion about the meaning of marriage and its devaluation is the significant drop in Catholic weddings. Fewer couples are willing to exchange vows that express honestly what the Church believes, and more couples are ineligible because of previous marriages.

The Church does believe that there is a right to marry. But, like any right, the right to marry is not boundless. Freedom of speech? Yes, but not the right to yell “Fire!” needlessly in a crowded theater. Freedom to marry? Yes, but not according to concepts based on imaginary or wishful thinking, or as a high school student recently told me regarding same-sex marriage, “It’s my opinion.”

Therein lies a fundamental flaw with the Obergefell decision:  no solid philosophical argument is made to justify it. The majority opinion argues simply that the Constitution guarantees “a liberty that includes specific rights that allow persons…to define and express their identity.”  That reasoning could justify a professed right to almost anything.

In addition, no definition of marriage, the very thing that is being guaranteed, is provided in the decision. The closest it comes is to refer to marriage as an “intimate association.” The language is all about “personal choice” and “individual autonomy.” Little weight is given to the benefit of society.

Numerous court decisions are cited as precedents for bringing about change in the way marriage has been regulated in our country. But none of them rises to the level of same-sex marriage. Like it or not, the court will have to wrestle with the issue in the future. It will have a difficult time not applying this “fundamental right” to those wishing to marry close blood relatives or more than one person.

Some people will rejoice in a perceived expansion of human rights, without clearly recognizing its impact. Those of us who are secure in a solid definition of marriage, one we believe came in the package from the manufacturer, will proceed as we always have, hopefully with our religious freedom—which is explicitly guaranteed by the Constitution—intact.

Of course, we want all people to be treated well. We want all people to feel good about themselves. Two swindlers convinced an emperor and most of his subjects that he had a beautiful set of new clothes, and they convinced themselves that they felt good about it. But there were no new clothes. No matter what the U.S. Supreme Court says, there cannot be true marriage between two men or two women.

The Most Reverend R. Daniel Conlon is Bishop of the Diocese of Joliet.

This article originally appeared on page 12 of the printed edition.