From the Shepherds: Teaching about Indulgences

Authored by Bishop John LeVoir in Issue #3.1 of The Catechetical Review 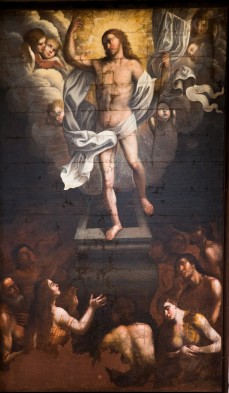 During the Jubilee Year of Mercy, Pope Francis gave us much to think about, pray about, and work on. He also gave us an opportunity to gain a special plenary indulgence, by passing through a designated Holy Door and performing certain holy acts with devotion. What a great grace!

In order to teach about indulgences, we need to be able to explain them, which can be challenging.

Even after our sins are forgiven in the Sacrament of Reconciliation, there can remain what is called the temporal punishment due to sin. This is the purification we must undergo to be free from the unhealthy attachment to the things of this world that is a consequence of our sins. Temporal punishment is a consequence of sin that endures even after death (see Glossary). The purpose of the purification is to remove all earthly attachments from our hearts and to bring about a total conversion of ours hearts to God.

Let’s consider one example of temporal punishment due to sin. We might tell a lie, thinking (wrongly) that the lie will get us out of some trouble that we are in. However, we are later sorry for the lie and we confess this sin in the Sacrament of Reconciliation, and it is forgiven, and we receive God’s grace. However, as a consequence of our sin, there remains an unhealthy attachment to lying that must be purified either in this life (through charity) or in the next (in Purgatory). In this life, a person should “…strive by works of mercy and charity, as well as by prayer and the various practices of penance, to put off completely the ‘old man’ and to put on the ‘new man’” (CCC 1473).

The Catechism teaches that: “A properly disposed member of the Christian faithful can obtain an indulgence under prescribed conditions through the help of the Church which, as the minister of redemption, dispenses and applies with authority the treasury of the satisfactions of Christ and the saints” (Glossary).

Indulgences can be gained only by those people here on earth who are members of the communion of saints. They can be gained not only for themselves but also for the dead. “Through indulgences the faithful can obtain the remission of temporal punishment resulting from sin for themselves and also for the souls in Purgatory” (1498). Though the remission of their temporal punishment due to their sins, the souls in Purgatory can enter heaven more promptly than otherwise possible. It is a great act of love on our part to gain an indulgence for someone who is waiting in Purgatory to go to God in heaven.

The necessary conditions that are to be fulfilled for an indulgence are as follows:

This article originally appears on page 20 of the printed edition.