Authored by Mary Ann Wiesinger-Puig in Issue #5.2 of The Catechetical Review 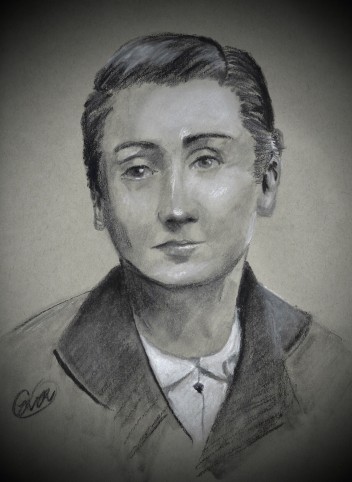 “We, the ordinary people of the streets, believe with all our might that this street, this world, where God has placed us, is our place of holiness.”

Her words are a clarion call. Madeleine Delbrêl, a French laywoman made venerable in February of 2018, invites us to believe—passionately—that there is nothing accidental about our lives, about where we live, about the people whom we meet. That when we love, right where we are, we electrify the earth with God’s presence. “Our feet march upon a street, but our heartbeat reverberates through the whole world.”[1]

I first read her words in a Magnificat reflection, a publication which offers prayers and thoughts for the Church’s daily Mass readings. I clipped the passage, and it found its way often into my classes on evangelization. When she was made venerable, I took it as a sign to dig deeper. I found myself highlighting entire pages of her book and was at once challenged, consoled, and inspired.

Born in southwestern France in 1904, Madeleine lived through tumultuous times: two world wars and an ecumenical council. Her parents were agnostic intellectuals. As an adolescent, she was steeped in the fashion and culture of her time, wearing short trendy hair and clothes she designed herself. Madeleine took classes on philosophy at the Sorbonne, impressing her parents' friends with her writing and poetry. She was not happy, however, and wrote, “By the time I was fifteen, I was a strict atheist, and the world grew for me more absurd by the day.”

Her life changed when she met some Catholic peers for whom life was not so absurd, and she had a radical conversion to Catholicism by age 20. “O Christ, the last doubt has finally pierced your side…He said to me, ‘I am the pastor of the flock who has no shepherd and who trembles in the open field.’” In 1933, when Madeleine was 29, she moved to Ivry, a communist suburb of Paris. She started a home there, and lived in community with her small group of friends, whose purpose it was to live a contemplative community life in the midst of the world.

It was not the "proletariat" that I was joining, which was something I didn't know much about, nor was it "Marxism," which I wasn't well informed about either. It was just that I had been told that there were poor people and non-believers in Ivry. And I knew, from experience, the suffering caused by atheism; and the gospel had revealed to me what poverty was.

The anguish of atheism had left its mark on her, and compassion for those who experienced it was one of the great motivations of her life.

Bringing Christ to Those Furthest from Him

“Christ does not provide his followers with a set of wings to flee into heaven, but with a weight to drag them into the deepest corners of the earth.”

Madeleine was remarkable because she lived among people who had a profoundly different life-orientation than hers. And in the face of difference, she did not put people in a box and ignore them; nor did she run away from them because she was not comfortable. Rather, she found Christ in their faces, and she loved them.

The house she set up in Ivry was a genuine family home, and on any given day, you could meet people from all different walks of life and the most varied backgrounds and ideologies. Each person felt “at home” there, because they were accepted for who they were and because of the real hospitality that they were offered.

Madeleine felt that there was nothing accidental about the people that came into her life, and she reverently cared for each one. “Whether this ‘immediate’ neighbor is a Communist, an atheist, a Catholic, or a believer of whatever stripe, it makes no difference: he has a right, because of the Sermon on the Mount, to be treated like our genuine brother.” This “brotherly heart” was the place where she felt that people were most able to perceive God’s presence.

The Desert of Love

Madeline poured herself into people, and was able to do so with the strength she found in her relationship with God. Her writing is full of her experience of “the desert”; she was not afraid of it, but rather, considered it a place of intimacy with him.

Love seeks the desert because the desert is where man is handed over to God, stripped bare of his country, his friends, his fields, his home. In the desert, a person neither possesses what he loves, nor is he possessed by those who love him; he is totally submitted to God in an immense and intimate encounter.

In this light, the desert is no longer simply a place of absence, but one where there is nothing to distract the beloved from his lover. She found herself heading to the desert and to solitude with joy because of her desire to be with God. “Solitude ceases to be painful and becomes instead the indispensable place where God makes contact with us.”  Since her life was full of people, she looked forward to pockets of solitude during her day, on her bus ride or on her walk home, and rushed to encounter God there.

Madeleine’s zeal for souls came from remembering the deep pain of life without God. She depicted the Christian life as a pathway between two abysses, the “measurable abyss of the world's rejections of God” and the “unfathomable abyss of the mysteries of God.”  The Christian walks along the border where the two abysses intersect. At this borderland, we become bridges, we become mediators.

How do we mediate God to the world? How do we connect the two abysses? Madeleine’s formula is simple:

This sad lady in front of me: here is my mouth for you to smile at her. This child so pale he's almost gray: here are my eyes for you to gaze at him. This man so tired, so weary: here is my body so that you may give him my seat, here is my voice so that you may say softly to him, "Please sit down." This smug young man, so dull, so hard: here is my heart, that you may love him, more strongly than he has ever been loved before.

Each action is so tiny and yet, in these small exchanges, we are able to give heaven to others.

A Time for Courage

Those who believe in Christ should not be afraid, she instructs us. “They know that the path they walk is ‘the way,’ a way without signposts and resting places, but full of manna and living waters.”  Christians should feel comfortable walking in the dark! Because we know that we will be cared for, body and soul. With this understanding, Madeleine challenges us not to fear living in uncertain times:

We are not the first people ever to have the mission, as Christians, to break in a “new age.” Others before us had to tread unknown soil without being able to imitate a precursor or companion. But God will always be a father; he does not test us just in order to lead us into temptation. If necessary, he will send us guides...as well as the grace to recognize them....

These words can only be written by one who has done a little “off-roading,” led only by her faith and the impulse of her heart. And so, we take courage. The same Father who took care of Madeline in Ivry, and made her heart a furnace of love, calls us to a new mission with the circumstances and people of our own lives. Though we may not see the road before us, we follow in the same steps the saints have trod.

Mary Ann Wiesinger is the Director of Evangelization and Parish Life in the Archdiocese of Miami, and is a Senior Regional Missionary for St. Paul Street Evangelization. She grew up on the US-Mexico border, and is bilingual and bicultural. She loves kayaking, good stories, and Cuban coffee.

[1]Madeleine Delbrel. We, the Ordinary People of the Streets, Ressourcement: Retrieval & Renewal in Catholic Thought, (Grand Rapids, MI: Eerdmans Pub. Co., 2000), Kindle Edition. All subsequent quotations are from this text.

This article originally appeared on pages 28-29 of the printed edition.

Youth & Young Adult Ministry: Perseverance, Not Perfection
By Alison Blanchet
“Parenting was so much easier when I raised my non-existent children hypothetically”. A friend shared this meme with me a few months ago, and it resonated. Before I became a mom, I had lofty ideas about how much screen time and fresh fruit children should consume. My parent-self, on the other hand, decided screen time doesn’t count if it’s Veggie END_OF_DOCUMENT_TOKEN_TO_BE_REPLACED
Encountering God in Catechesis
By Catechists' Personal Testimonies
The Treasure We Give With the smell of Domino’s pepperoni pizza in the air and the sound of girly giggles that had not quite settled down, a group of 50 or so high school students crowded in small groups on the carpet floor of the parish center on a Sunday night, ready for another catechetical lesson in the St. Gertrude youth ministry program. As END_OF_DOCUMENT_TOKEN_TO_BE_REPLACED
Children's Catechesis: Contemplation for Each of Us
By Sophie Galloy
Can a businessperson aspire to contemplation? A parent? A teenager? A young child? Don’t we usually see it as a privilege reserved for monks and cloistered nuns? Father Marie Eugene of the Child Jesus would say that each of us is capable of genuine contact with God, including the young child. Blessed Marie-Eugene was a French Carmelite priest born END_OF_DOCUMENT_TOKEN_TO_BE_REPLACED