Authored by Jason Evert in Issue #1.3 of The Catechetical Review 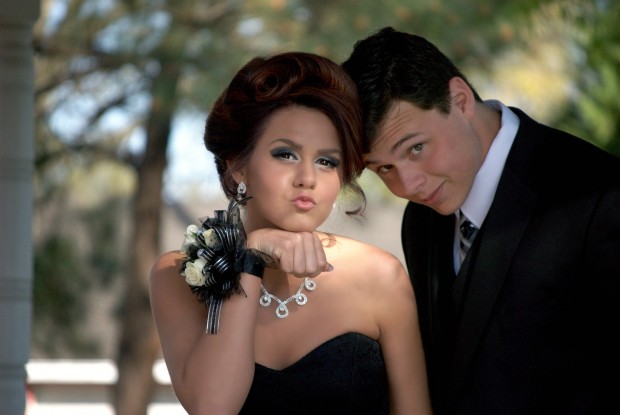 Sometimes chastity educators (including myself) spend too much time telling young people what they’re not supposed to do. As a result, they finish twelve years of Catholic education and head off to college, having only memorized a litany of prohibitions. I can imagine an 18-year-old arriving at his college campus, thinking:

How can we reach young people with the good news about chastity? Here are ten ways to open minds and hearts to the virtue that frees us to love.

In The Truth and Meaning of Human Sexuality as well as Educational Guidance in Human Love,[i] the Church reminds us that authentic sexuality education needs to be an “education for love.” What this means is that it’s not enough for us to teach students not to look at pornography. We need to teach young people how to look upon the human body. In the example mentioned above, should the college student view a campus full of beautiful women as filled with thousands of temptations to hell or thousands of reminders of the beauty of heaven? Granted, one must learn custody of the eyes and the imagination. However, the goal of chastity isn’t the mere absence of sin but the presence of a pure heart. We strive for purity because, as Saint John Paul II wrote, “Only the chaste man and the chaste woman are capable of true love.”[ii]

2. Teach the connection between love and chastity.

In Love and Responsibility, Saint John Paul II said that chastity can only be thought of in association with the virtue of love. If we fail to make this connection clear, then their resolutions for purity won’t last.

Because the human heart is made for love, consider what will happen if a young woman thinks that sex will bring her love: she will accept the risk of pregnancy, disease, and even hell itself if she thinks that sexual acts will bring her love. For this reason, it is essential that we explain how abstinence is an expression of love. It is not about waiting until you get married to love another person; it’s about loving that person perfectly tonight by doing what’s best for him or her.

I once read from a Catholic book that couples who sleep together before marriage are three times as likely to divorce. I looked at the footnote for the source, and it was a reputable sociological journal. So, I started using the statistic in my talks and books. Another author heard me speak, and used the statistic in her book. Eventually, I purchased the sociological journal to read the original study. The statistic wasn’t in there. I called the scientist who published the study. He had never heard of the statistic. I called the author of the first book, and he couldn’t recall where he found it. The moral of the story is this: don’t trust others to do your homework. If you hear a compelling statistic, track it down and only use it if comes from a reliable primary source.

Over the years, there have been trends within the abstinence movement to make virginity sexy, as seen in the catch phrase “modest is hottest.” Let’s rise above this. Our goal isn’t to make teenage girls “hot.” Instead, let’s keep in mind the words of St. Josemaria Escriva, who wrote, “Never talk of impure things or events, not even to deplore them."[iii]

6. Harness the power of intercession.

Blessed Mother Teresa is reported to have said that what we say doesn’t matter. What matters is what God says to others through us. Therefore, when you speak about chastity, your conversation with the audience is only one conversation that’s taking place. The other—and more important conversation—is the one that is taking place between the Holy Spirit and the hearts of your listeners. Focus on intensifying this conversation by preparing for all of your presentations with ample intercessory prayer. As the saints have suggested, befriend the guardian angels of your audience members and seek their intercession as well. Then, follow up with more intercession.

7. Distinguish between sexual desire and lust.

Countless young people abandon the virtue of chastity because they never understand the difference between sexual desire and lust. They assume that they are failing at the virtue as long as they are experiencing temptations. Since they can’t eliminate all desires, they give up. St. Francis De Sales reminds us, “Let the enemy rage at the gate; let him knock, pound, scream, howl; let him do his worst. We know for certain that he cannot enter our soul except by the door of our consent.”[iv]

If we are going to effectively help people to avoid sexual sins, we need to remember that lust is only one part of the problem. Take, for example, a young man who struggles to maintain his purity when he is alone. If he makes an honest assessment of the movements of his heart prior to sinning, he may discover some trends. For example, is he falling when he’s feeling bored, lonely, angry, stressed, insecure, or entitled? Is he using sin as a sensual refuge?

The filling of a false need leads to a temporary experience of pleasure which, for a time, overrides the genuine need it is hiding. But the genuine need is not being met. After an invariably short time, then, the original distress returns, stronger than ever for having remained wholly unaddressed. The transient experience of pleasure provides but the illusion of fulfillment; the disillusionment only sharpens the true need. Immediately the craving returns, again and again, and soon a habit has been established: the habit of turning to the fulfillment of the false need whenever the true, underlying distress is aroused. And it’s always aroused because it’s never filled.[v]

Young people want to be challenged. As you know, they have no shortage of questions about sexual morality and modern relationships. As Saint John Paul II said, “even if they are demanding answers, the young are not afraid of them; more to the point, they even await them.”[vi] Give them the truth, perfumed with love, marinated in your contemplation, and firmly rooted in the truth.

Many young people today are living in broken homes, depressed because of regrets, and doubting if love exists. Therefore, what teens need more than hearing about chastity is seeing it. Saint John Paul II said, “chastity is the sure way to happiness,”[vii] and so it is essential that we reflect the joy of virtuous living. We’re not supposed to be the grim bearers of the glad tidings. Indeed, chastity is a demanding lifestyle, regardless of one’s vocation, but the yoke of Christ is easy and his burden is light. Odds are, when we groan that the demands of chastity are too difficult, this often means that we have invited unnecessary temptations into our own lives. We’re burdened by the weight of sin, not by the weight of God’s laws.

As one of my professors often said, “God is far more interested in my conversion than in using me to convert anyone else.” If we focus on our own souls instead of merely making a project out of the salvation of others, our efforts will bear abundant fruit.

Jason Evert has traveled to six continents to bring the message of chastity to more than one million people over the past fifteen years. He earned a master’s degree in Theology, and undergraduate degrees in Counseling and Theology, with a minor in Philosophy at Franciscan University of Steubenville. Jason runs chastityproject.com and authored more than ten books, including Theology of the Body for Teens, Saint John Paul the Great, and How to Find Your Soulmate without Losing Your Soul.

This article was originally on pages 8-9 of the printed edition. Photo by Lisa Runnels, public domain image at Pixabay.com.