Whatever Happens, We are Awaited by Love

Authored by Dr. James Pauley in Issue #1.2 of Catechetical Review 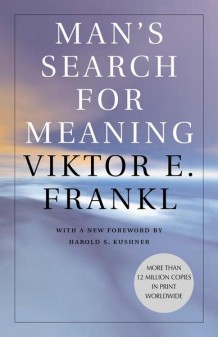 “It is a peculiarity of man that he can only live by looking to the future. And this is his salvation in the most difficult moments of his existence, although he sometimes has to force his mind to the task.”[i] So concluded Auschwitz survivor and renowned psychiatrist Viktor Frankl in his marvelous book Man’s Search for Meaning, written soon after his liberation. Frankl knew hope to be necessary—for without it, whether inside or outside of a concentration camp, survival becomes impossible. In the dire circumstances of Auschwitz, every prisoner who did not give up was able to do so because he hoped—that someone outside the camp awaited him, or that life expected something of him still.

Every human being needs a future good to which to aspire. This is what enables any person to take the next step forward.

However, what happens when immortal beings such as ourselves grow accustomed to placing our hopes in mere finite goods? We can habitually jump from finite hope to finite hope. Next year the Cardinals will win the Super Bowl. Next month I will be again in the company of particularly good friends. Next week our house will sell. Of course, at our worst, we might invest our hope into that which is merely self-gratifying, turning in upon ourselves in destructive ways. Our experience can be as British band Mumford and Sons sings:

You told me that I would find a hole/

Within the fragile substance of my soul/

And I have filled this void with things unreal/

And all the while my character it steals.[ii]

At times, we may be tempted by the news cycle or talk radio to effectively fix our hopes for ourselves, our country, history itself, upon the ideals of a particular political party or ideology that will surely restore better times.

Is this really enough for us? What happens when these hopes ring hollow? The question arises: to what do we give our hope?

The ancient image of the anchor—found in the earliest Christian catacombs—helps us with these questions. We read in the book of Hebrews that hope is “an anchor of the soul, sure and firm, which reaches into the interior behind the veil, where Jesus has entered on our behalf as forerunner…” (6: 19-20). A ship drops anchor, of course, to prevent drifting due to current or winds. Anchoring ourselves to the Light of the World, risen from death and ascended into Heaven, causes us to remain steady—with confidence that God brings greatest good from evil, and that we were created for eternal joy and beatitude.

Pope Benedict XVI put it beautifully when he wrote: “a distinguishing mark of Christians…is not that they know the details of what awaits them, but they know in general terms that their life will not end in emptiness.”  The Christian understands that “I am definitively loved, and whatever happens to me—I am awaited by this Love.”[iii]

For the human being, finite, short-term hopes are of course necessary (I do want the Cardinals to win the Super Bowl, after all!). However, we are most true to our humanity when we cast our anchors toward our Infinite Good. Nothing short of this satisfies—and jumping from finite hope to finite hope, in the end, frustrates. It does nothing more than open up a profound emptiness within.

It is notable that placing our hope in the Word-become-flesh demands so much of us that God gives us the gift of supernatural hope. By way of this theological virtue infused in our souls at baptism, God himself empowers us to trust in him with a supernatural strength. Every baptized Christian has this divine assistance that must be called upon, cultivated. Supernatural hope directs our choices, strengthens our wills during times of darkness, and attunes us to our supernatural end.

What does this mean for the catechist? The catechist lifts people from the “meh” of so many short-lived hopes to the habitual practice of actualizing the theological virtue of hope. Trust then can be placed in the One who is worthy of our every hope, the One who is risen from the darkness of the grave. The catechist mentors others in hope, so that they can exercise hope and bring hope to others. For, the well-formed Christian is able to say with conviction that “my own life and history in general, despite all failures, are held firm by the indestructible power of Love.”[iv] Or, as the last king of Narnia said as he advanced bravely toward the last battle, “Courage…we are all between the paws of the True Aslan.”[v]

Editor of The Catechetical Review, Dr. James Pauley is associate professor of Theology and Catechetics and has served on the Theology faculty at Franciscan University of Steubenville since 2002. He received his Doctorate in Sacred Theology from the Liturgical Institute at Mundelein Seminary/the University of St. Mary of the Lakein May of 2014. His doctoral research was focused on the twentieth century history of the renewal of liturgy and catechesis and the proposal of principles for the revitalization of liturgical catechesis in contemporary ecclesial life. He is a frequent speaker in parishes and dioceses nationwide.

This article was originally on page 5 of the printed edition.

Editor's Reflections: “Freedom For” and “Freedom From”
By Dr. James Pauley
Free What is freedom? Here in America, we sing that ours is “the land of the free.” But, of course, building a free society requires that we put laws in place that actually limit some freedoms. We recognize that these limitations are for the good of our common community. It’s clear in our day-to-day living that human freedom, the ideal for which we END_OF_DOCUMENT_TOKEN_TO_BE_REPLACED
Evangelization and Personal Freedom
By James Franke
If someone is married, in love, or has ever been in love, they can likely tell you when they knew they were in love and, more importantly, when they knew their significant other was in love with them. It’s also likely that one of the individuals fell in love first. Their heart had been moved and they had “arrived” to love. After having arrived, END_OF_DOCUMENT_TOKEN_TO_BE_REPLACED
Freedom and Conscience
By Fr. Jay Mello
Free Jiminy Cricket was no theologian or philosopher, but in the Disney Classic Pinocchio, the talking cricket was assigned to serve as the “conscience” for the puppet who was made a “real boy.” The innocent puppet that is familiar to all of us was instructed to follow his conscience in the pursuit of being a good boy. Unaware of what a conscience is END_OF_DOCUMENT_TOKEN_TO_BE_REPLACED