Authored by Bob Rice in Issue #3.1 of The Catechetical Review 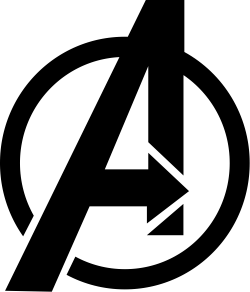 Whether it be Captain America and Iron Man fighting over whether or not the Avengers should submit to governmental authority, or the constant slew of stories that portray the bad guy as the good guy, Hollywood loves moral ambiguity. “The Walking Dead” is still popular not only because of the horror of zombies but also because of the constant moral dilemmas the protagonists must face: if a child is bitten by zombies and will become a zombie in a few days, should we kill the child before she becomes a zombie or should we wait until she might kill us? Such questions seem unanswerable.[i]

This continual barrage of “damned if you do, damned if you don’t” scenarios is symptomatic of an ethically relativistic society, and leads young people to the conclusion that there is no “right” answer to moral dilemmas— whatever the person decides is best. Like all heresies, there is a measure of truth in that statement. People of good conscience can still make bad decisions. However, we do teenagers no favors by posing the most difficult of moral situations, when the vast majority of their day to day decisions have far clearer answers to questions as: “Should I cheat on this test or lie to my parents?”

One of the beauties of teaching adolescents is that we can lead them from what to think to how to think and help them form their conscience to have “the mind of Christ.” Here are some suggestions to achieve that end.

Focus on Jesus. The National Directory of Catechesis states that, “the example of Christ’s life and his teachings are the norm in the formation of conscience” (65). The section of the Catechism that deals with morality is called “Life in Christ.” Jesus showed us a new way to live—a way we wouldn’t have discovered on our own. Many of the situations we face in this life can be put into perspective by asking, “What would Jesus do?” However, answering that question assumes that one knows Jesus, and that must be a constant focus of catechesis.

Understand adolescence. “The formation of conscience is influenced by many human factors, such as the person’s age, intellectual capacity, psychological capacity, emotional maturity, family experience, and cultural and social conditions” (NDC, 65). When that person’s age is between twelve and eighteen, all of these factors play a decisive role in helping form a young person’s conscience. It is easier to ignore these factors and speak to them “like adults”; yet such an approach is only effective with a small number of teens—those with greater maturity—and alienates the others. The USCCB document on youth ministry emphasizes that ministry to adolescents must be “developmentally appropriate.”[ii] Are we expecting too much of a seventh grader? Are we not challenging the seventeen-year-old enough? Though each young person has his or her own timeline for maturity, influenced by the factors mentioned above, getting a general sense of adolescent development can help us more realistically and effectively catechize them on these important issues.

Connect the dots. Teenagers often compartmentalize the information they receive. Chap Clark writes, “The inability to see contradictions as contradictions and the ability to easily rationalize seemingly irreconcilable beliefs, attitudes, or values are but two of many markers that may be pointing to an emerging phase of adolescent development.”[iii] Studying adolescent development is essential for the catechist to understand how to form a young person’s conscience. We can’t give them a general principle and expect they will make the connection to their own lives. This is why it is so important that our examples are relevant to teenagers. Today’s teens will never have to lie to a Nazi about Jews hiding in their basement, but they will wonder what to do with a friend who is heavily experimenting with drugs.

Teach the “non-negotiables.” Most young people make moral decisions based on what “feels right.” The Catechism clarifies three principles that apply to every situation: evil can’t be committed for the sake of a good result; “do unto others as you would have them do unto you”; and “charity always proceeds by way of respect for one’s neighbor and conscience.”[iv] These principles can help a young person move away from the ambiguity of an emotional response to a given situation and lead them towards a more rational moral decision.

The General Directory of Catechesis states that those who catechize youth should emphasize the formation of conscience.[v] This isn’t something we should try to accomplish in one meeting—it has to be a continual theme woven through every catechesis we present.

Dr. Bob Rice is Associate Professor of Theology at Franciscan University, where he is director of the Master of Arts in Catechetics and Evangelization.

[i] In this case, there is an answer: there are no such things as zombies.

This article originally appeared on page 36 of the printed edition.

Editor's Reflections: Leisure – God's Plan for Us
By Colleen Rainone
Free “ Life is what happens when you are making other plans.” How often people have said this with a wry smile as they cope with an untimely interruption to their well-ordered (or not-so-ordered), scheduled events. This phrase came to mind again, when Editor James Pauley informed me that he was losing his battle with a persistent cold, which developed END_OF_DOCUMENT_TOKEN_TO_BE_REPLACED
The Spirit of Leisurely Catholicism
By James Gaston
Free When I happened to mention to my wife that I was writing an essay about leisure, the following dialogue took place: Wife: “You can’t do that.” Me: “Why not?” Wife: “You don’t know anything about it. You’re working at something all the time.” Me: “That is somewhat true, but leisure isn’t really about what one does when one is not working. It’s END_OF_DOCUMENT_TOKEN_TO_BE_REPLACED
El espíritu católico del descanso
By James Gaston
Introducción Cuando le comenté a mi esposa que estaba escribiendo un ensayo acerca del descanso, se suscitó el siguiente diálogo: Esposa -No lo puedes hacer.- Yo -¿Por qué no?- Esposa -No sabes nada acerca de eso. Estás siempre trabajando en algo.- Yo -Hay algo de cierto en lo que dices, pero el descanso no trata precisamente de lo que se hace END_OF_DOCUMENT_TOKEN_TO_BE_REPLACED