Editor's Reflections—"I Will Go Before You": Through Death Into Easter Dawn

Authored by Dr. James Pauley in Issue #4.2 of The Catechetical Review 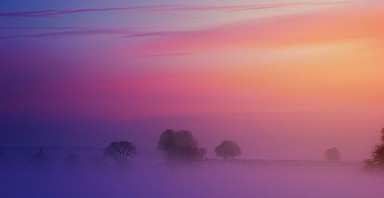 Pope Francis is fond of describing the Lord as One who goes before us in our apostolic mission. No matter where it is that catechists are called to serve, no matter the challenges and the adversity, we can take heart (as well as courage) that the Lord has preceded us into this place, that he is in charge, that we are not alone. In whatever particular peripheries we find ourselves, these words of encouragement and challenge never grow old:

This is fundamental for us: God is always ahead of us! When we think about going far away, to an extreme outskirt, we may be a bit afraid, but in fact God is already there. Jesus is waiting for us in the hearts of our brothers and sisters, in their wounded bodies, in their hardships, in their lack of faith.[i]

This image of the Lord going ahead of his people is found frequently in Scripture. One instance is when the Israelites were preparing to pass into the Promised Land and Moses says to Joshua: “Be strong and steadfast, for you shall bring this people into the land which the Lord swore to their ancestors he would give them; it is you who will give them possession of it. It is the Lord who goes before you; he will be with you and will never fail you or forsake you. So do not fear or be dismayed” (Deut 31:7-8). We catechists may also ponder these words and have confidence in our God who precedes us into the rocky landscape of today’s catechetical mission field, taking hope that the seeds he helps us plant will come to fruition.

As we continue to invest ourselves into this work, we can also be assured that the Lord is never outdone in generosity. His divine munificence extends beyond our service to him as catechists and into the most fragile moments we ourselves shall one day experience, those encompassing our own death and the loss of those we dearly love. For in this experience of the soul departing the body, it means something significant that Christ our Light, by his embrace of the cross, has in death also gone before us. As we profess in the Nicene Creed, he has truly “suffered death and was buried.” Where each of us must go, he has gone first, sanctifying the experience of death with his divine presence.

The physical death of the one united to Christ in baptism then conforms that person more profoundly to the Lord in his death on the cross. The Church gives us this insight, “What is essentially new about Christian death is this: through baptism, the Christian has already ‘died with Christ’ sacramentally, in order to live a new life; and if we die in Christ’s grace, physical death completes this ‘dying with Christ’ and so completes our incorporation into him in his redeeming act.”[ii] Joined into a profound union with Christ as we are through baptism, the luminous words of St. Paul can then be applied to each of us personally: “We were indeed buried with him through baptism into death, so that, just as Christ was raised from the dead by the glory of the Father, we too might live in newness of life” (Rom 6:4).

What must Joseph of Arimathea have thought as he watched his own tomb, which presumably would one day contain his own body, sealed up with the body of the Lord inside? Christ had gone before him into the darkness of his tomb. This was grounds for a great hope whenever Joseph faced his own death. Of course, his certainty of Christ’s wondrous exit from that same tomb would have only fanned the flame of that burning hope.

Revisiting those words from Deuteronomy, they express well the content of this hope: “It is the Lord who goes before you; he will be with you and will never fail you or forsake you. So do not fear or be dismayed.” With great joy, let us lift our eyes to Christ, risen from death, and join ourselves to the Church’s prayer on Holy Saturday, when she prays:

your only Son went down among the dead and rose again in glory.

In your goodness raise up your faithful people,

buried with him in baptism,

to be one with him in the eternal life of heaven,

where he lives and reigns with you in the unity of the Holy Spirit,

one God, for ever and ever.[iii]

Dr. James Pauley is Professor of Theology and Catechetics at Franciscan University of Steubenville and author of the book Liturgical Catechesis in the 21st Century: A School of Discipleship (Liturgy Training Publications, 2017).

[i] Pope Francis, Address at the International Congress on Catechesis, Rome, September 27, 2013.