From the Shepherds – A Half Century of Progress: The Church’s Ministry of Catechesis, Part Four

Authored by Monsignor John Pollard in Issue #8.4 of Catechetical Review

Catechism of the Catholic Church (1993)

This series of articles seeks to explore the rather remarkable fifty-year period in the history of the Church’s catechetical mission. We have already looked briefly at the outcomes of the International Catechetical Study Weeks, the General Catechetical Directory (1971), Evangelii Nuntiandi (1974), and Catechesi Tradendae (1979). In this article, we will consider a document of the National Conference of Catholic Bishops, Sharing the Light of Faith: National Catechetical Directory of Catholics in the United States (1979) and two documents of the universal Church, The Rite of Christian Initiation of Adults (1987) and the Catechism of the Catholic Church (1993). 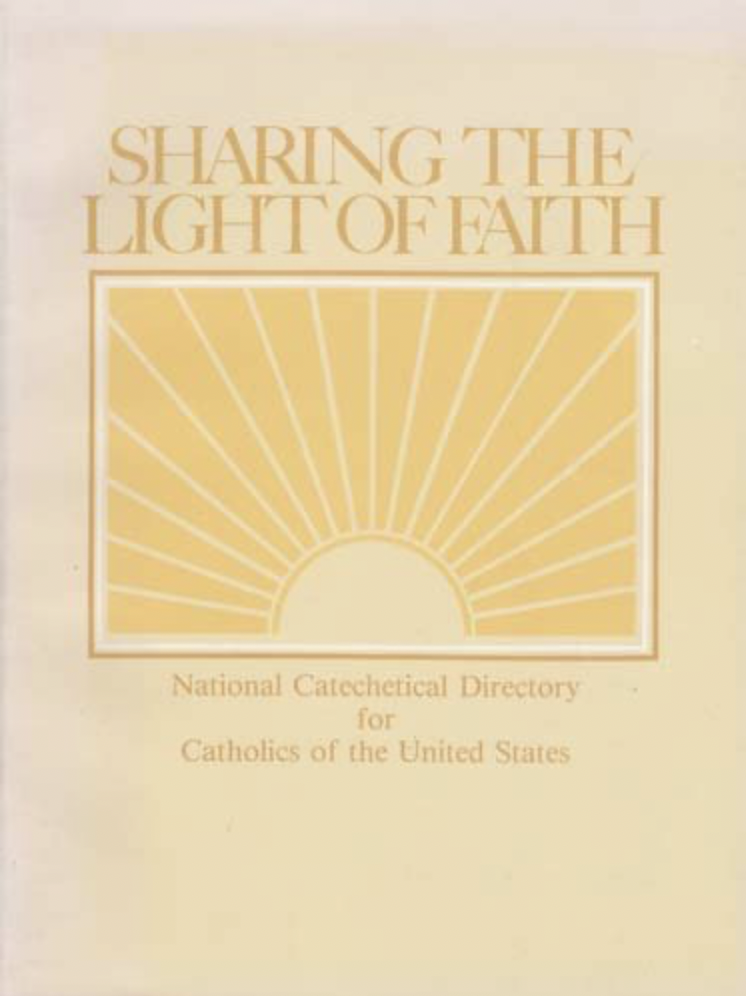 Sharing the Light of Faith: National Catechetical Directory of Catholics in the United States (1979)

At the conclusion of the Synod of Bishops on catechesis, Archbishop Joseph Bernardin of Cincinnati, who had previously served as the General Secretary of the National Conference of Catholic Bishops, described a project that had been undertaken by the US bishops shortly after the publication of the General Catechetical Directory in 1971: “Our Directory, which has been under development for nearly five years, is a comprehensive, practical statement of policy and guidelines governing the content and methods of catechesis in all forms and at all levels . . . The intent of the Directory is to codify the best of responsible, tested catechetical thought and practice, in light of the Church’s teaching and traditional wisdom, and so serve as a normative guidepost as well as an incentive for catechetical endeavors.”[1]

Indeed, work on a national catechetical directory had begun six years before. In fact, the bishops of the United States were among the first conferences of bishops in the world to follow up on the directive of the General Catechetical Directory for bishops “to prepare directories for their own nations or regions.”[2]

Shortly after the publication of the General Catechetical Directory, the administrative board of the National Conference of Catholic Bishops turned to their chairman of the Committee on Education, Bishop William E. McManus, to devise a plan for the development of a national catechetical directory for the United States. In 1972, the general assembly of bishops approved two committees to prepare the national directory: an oversight committee and a working committee. The oversight committee, composed of seven bishops (called the Bishops’ Committee on Policy and Review), was to set policy for the development of the directory and to review the efforts of the working committee. The working committee’s task would be the actual writing of the directory.

The resolve of the American bishops to produce a national directory was confirmed when they added two staff members to execute their plan. In 1973, Msgr. Wilfred Paradis and Sr. Mariella Frye were appointed project director and assistant project director, respectively. Along with Archbishop John Whelan, a member of the Bishops’ Committee on Policy and Review and an ex-officio member of the working committee, they initiated a nationwide consultation to determine who would be invited to serve on the working committee. In time, the working committee came to be known as the National Catechetical Directory Committee. It was composed of twelve members—four bishops and eight other members representing the diversity of the Church in the United States.[3] Committee members came from different regions of the country and different cultural backgrounds. They were professional catechetical leaders and volunteer catechists. They were parents, teachers, parish religious education directors, and campus ministers.

Between 1973 and 1975, several preliminary drafts of the document were circulated to bishops, theologians, priests, religious, diocesan and parish directors of religious education, catechists, and parents. I remember vividly as a seminarian in 1974 being included in one of the final consultations on the directory. It was the first time in history that a document with such a high level of authoritative significance as a catechetical directory was the subject of such wide and deep consultation. The result of all this work and extensive consultation, Sharing the Light of Faith: National Catechetical Directory for Catholics of the United States, was approved by the National Conference of Catholic Bishops in 1977 and by the Congregation for the Clergy in Rome in 1978. It was published in 1979, the same year as Catechesi Tradendae.

The rest of this online article is available for current subscribers.

Editor’s Reflections: The Liturgical Life – A Source of Healing
By Dr. James Pauley
Free “The kingdom of heaven may be likened to a man who sowed good seed in his field. While everyone was asleep his enemy came and sowed weeds all through the wheat, and then went off” (Mt 13:24–25). Our Lord’s imagery helps us make sense of difficult and painful situations existing within the Church. He is describing, afterall, the “kingdom of God.” END_OF_DOCUMENT_TOKEN_TO_BE_REPLACED
Advent at Home: Five Practices for Entering into the Season
By Brad Bursa
Free Most Catholic parents are so far removed from a rich Catholic culture that living a liturgical season—let alone the liturgical year—can seem impossible. Dr. Tracey Rowland, professor at the University of Notre Dame Australia, describes the scene by saying that young Catholics “find themselves in a situation where they have rarely experienced a END_OF_DOCUMENT_TOKEN_TO_BE_REPLACED
Principles for Celebrating the Liturgical Year
By Fr. Eusebius Martis, OSB
For Christians, the celebration of the mystery of Christ is, on the one hand, formative and, on the other, an opportunity to offer praise and thanksgiving. This is especially true for Catholics because the events of our salvation in Christ are recalled daily, weekly, seasonally, and annually. The awareness of the liturgical cycle may not be END_OF_DOCUMENT_TOKEN_TO_BE_REPLACED